THE ELIZABETH G. BUTLER ANGEL FOUNDATION
click here to learn about this year's Art Against Abuse
Our Goal

Our goal is to help all young adults understand and implement the concepts of open communications, self-discipline and self-respect in relationships.The fund will help young women and young men understand their innate value as people and teach the warning signs of domestic violence, to benefit all young adults. 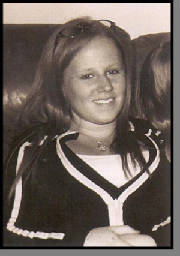 About Elizabeth...
Elizabeth was a typical 16 year old girl growing up in the suburbs and just beginning to date.  She was sweet, trusting and always saw the best in people.  No one could ever imagine the senseless brutality she would face less than 12 months later.

Elizabeth started dating a person who not only lied about his age but his name as well.  In the beginning he was kind and thoughtful, but immediately  became too serious about the relationship, professing his love and
calling  daily.  The phone calls began to become excessive and his behavior controlling.   Elizabeth started focusing on time with her friends before graduation and going  away to college.  She tried to pull away and end the relationship many times but  he was relentless, pleading to get back together and then threatening her.  He knew her schedule and habits so he would show up places uninvited and then began stalking her.  Elizabeth began to realize there was something terribly wrong but felt guilty about getting him into trouble,
especially since he had already made her feel guilty about the break-up.  She had also started seeing a boy her own age and hoped that he would move on and grow tired of pursuing her.

June 5th, 2005 was a beautiful Sunday morning and Elizabeth left home at 6:45am to go to work at a local deli, never to return home again.  That morning after parking her car, Elizabeth was confronted by her ex- boyfriend who  raped, strangled and stabbed her to death.

Elizabeth's death profoundly effected her family, friends and the entire community of North Salem.  Through Elizabeth's foundation we hope to prevent this tragedy from occurring to another young person by educating families about teen dating abuse. 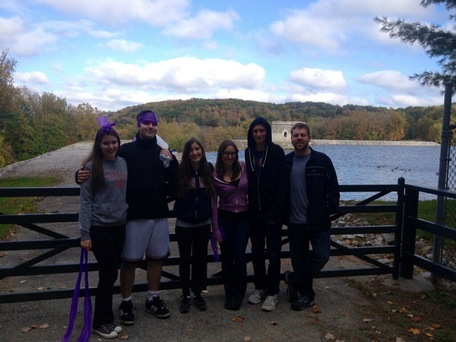 some EGBAF board members, setting up for the 2013 Walk-a-thon